Birds of a Feather (BoF)

May 2021 All Member Meeting

May 2019 All Member Meeting

I was introduced to VSS 6+ years ago at an All Member Meeting in Paris. At the time GENIVI and the W3C were kicking around the idea of a common service that could deliver and receive signals (data) from  a variety of contexts inside and outside of the vehicle using well known, ubiquitous web technologies. The vision was to standardize and democratize development, enabling a much wider range of developers to innovate in Automotive. Magnus Feuer, of JLR at the time, and Gunnar Andersson, of GENIVI, piped up and said, “We have the data model for you! Have you heard of VSS?”

They proceeded to present an incredibly simple and pragmatic approach to modeling vehicle data that could be used in a variety of in and out of vehicle contexts. It was agreed that the group would try using VSS for the service. The service became Vehicle Information Service Specification. And, of course VSS is still VSS.

The following goals and approaches have been there from the beginning and have contributed to VSS’ adoption and growth:

In keeping with these goals the most significant feature introduced in VSS v3.0 is Overlays.

Overlays also support specific Profiles. A Profile can be thought of as a specific type of vehicle, for example motorcycle, delivery truck, etc…  The VSS group is considering the creation of recommended/standardized Profiles.  Currently there is a draft version of motorbike profile.

Overlays have been discussed with the VSS group for some time, but are still in their early stages. For details see Overlay documentation here.

COVESA gives a big thank you to all the people who contributed to this release.  THANK YOU!  The best way to thank them is get involved.

We are now at a point in time where the connected and software defined vehicle are starting to take off. OEM and vendor adoption of VSS has grown. Let’s continue to grow adoption and mature VSS. Please get involved.

What novel ways will ubiquitous, connected vehicle data be used for in the future?

COVESA members Ford Motor Company, Geotab, and Tuxera share their insights on the future use of connected vehicle data. 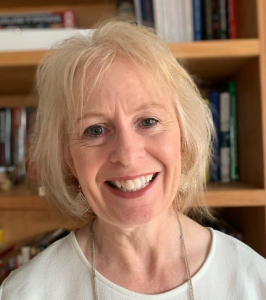 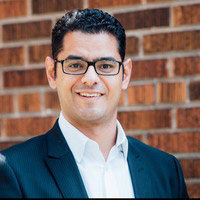 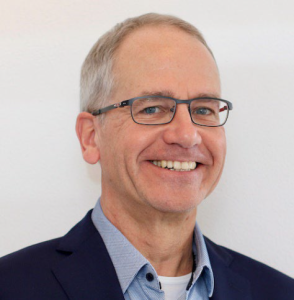 In today’s digital world, data is an enabler for innovation in nearly every industry, including automotive. Connected vehicles offer a rich source of data that can be used to benefit the vehicle driver, OEM, governments, or third-party app providers. For example, crowd-sourcing vehicle data supports not only instantaneous route planning or parking choices, but can be used for future infrastructure planning for cities as well. Predictive maintenance comes to mind, where data on common failures are instantaneously sent to the OEM, and fixes are delivered to every vehicle prior to even seeing a failure. OEMs can monitor the usage of specific vehicle functions or features to gauge their value to the customer. Performance of key vehicle features could be remotely monitored and analyzed, with subsequent improvements pushed to the users, even optimized for specific customer profiles. Vehicle cameras can be used as safety monitors, or for driver authentication (in the place of a key), or to record road accidents. If we respect the privacy and safety of the customer, the possibilities are endless.

Vehicles are becoming sensors on wheels digitizing the physical world as they traverse it. These vehicles rely on ‘sensor fusion’ and machine learning to sense and predict the most efficient and safe ways to transport people and things.
In the near future, through the power of V2X and autonomous driving, we can envision a world where vehicles act as mesh networked data centers interacting with edge processing units and cloud enabled processing units to develop online and real-time digital twins of locations to enable automated transportation systems that are clean, equitable, and efficient.
As a result of this, vehicle connected data can be used to:

At Geotab, we have been preparing for this future, with 2.8 M connected vehicles; we have already been able to build an amazing product suite for city planning. Our Altitude platform enables road speed analysis, intersection wait times, and origin-destination planning. More details at its.geotab.com. We have built a highly scalable platform that can handle data from any connected vehicle to increase the level of insights. All of this will be facilitated with the standards COVESA is bringing forth.

In my country, the Netherlands, many people frequently use a bike as a means for transportation, for example, in their daily commute to the office. Children also use bikes as transportation from an early age – starting with going to elementary school on their super-small bikes. And although we have many bike lanes where people can ride safely separated from car traffic, we also have many bike lanes that are only separated through painted lines from the main road. Or sometimes there are no bike lines at all, with cars and bikes sharing the road.
As cycling is so popular, it is no surprise that we have also a high rate of casualties due to traffic accidents. With almost 36% of all traffic-related deaths in 2021, the percentage of cyclist fatalities is higher than the death rate among car drivers plus passengers combined. Cyclists, especially small children on their bikes, are easily overlooked in traffic, for example when they aren’t visible due to another car or truck in front of a driver. When cyclists are recognized by radars and other sensors of
modern cars, that data could be shared among connected vehicles and issue pre-sense warnings to other drivers – or even automatically slow down cars with modern ADAS systems. This has the potential to save the lives of many cyclists.

For more information about COVESA, visit our website and blog.